We’ve also got news on some classic Marvel series, the next Pixar movie, a live-action Pinocchio, West Side Story, and more below.

Highly anticipated, Obi-Wan Kenobi brings back Ewan McGregor in the starring role, along with a host of other names. This is the first time Ewan McGregor has starred in this role since the Star Wars: Revenge of the Sith movie back in 2005.

Obi-Wan Kenobi is set 10 years after Revenge of the Sith, with the evil Darth Vadar (Kenobi’s former apprentice) now firmly in control of the galaxy.

Hayden Christensen returns to star as the evil Sith Lord alongside McGregor. Other names joining the cast include Moses Ingram, Joel Edgerton, Bonnie Piesse, Kumail Nanjiani, Indira Varma, and others. 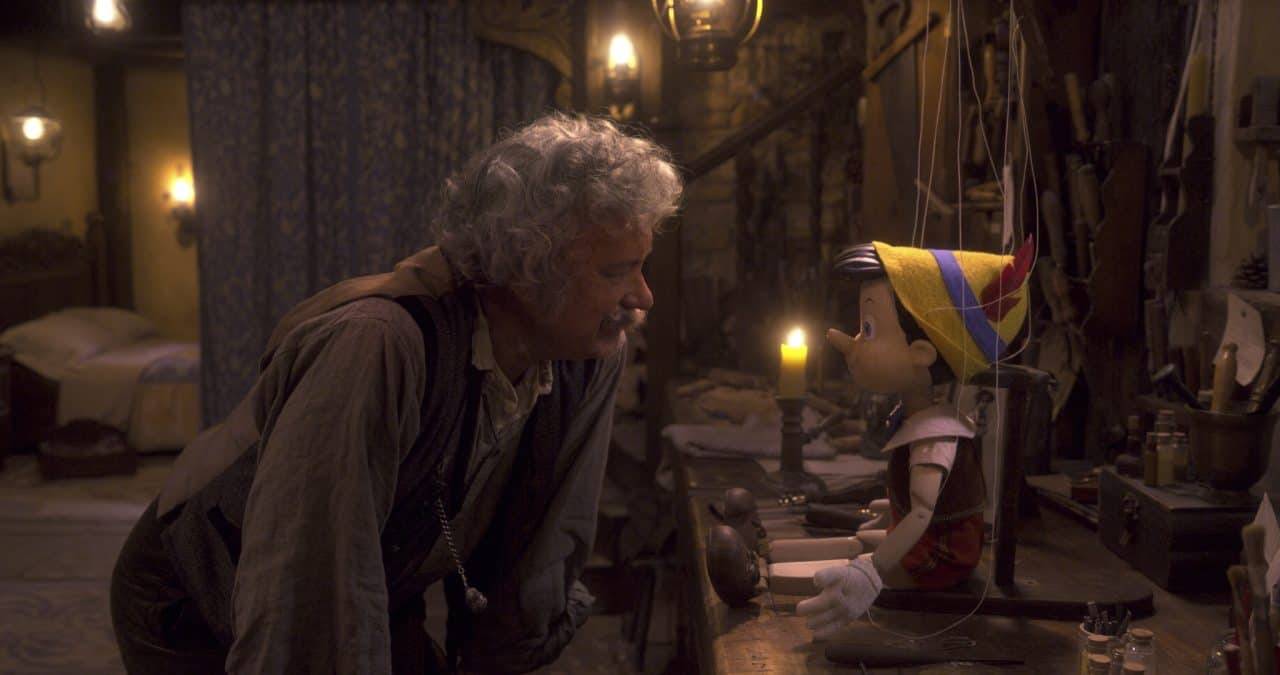 A new live-action release of Pinocchio is coming to Disney+ in September, and a brand-new teaser pic (shown above) has just been released. This brand-new adaption brings the classic story fable to a brand new audience, with the award-winning Robert Zemeckis in the director’s seat.

Also starring is Luke Evans (as The Coachman) and Lorraine Bracco (as Sofia the Seagull).

You can watch Pinocchio exclusively on Disney+ from September 2022. 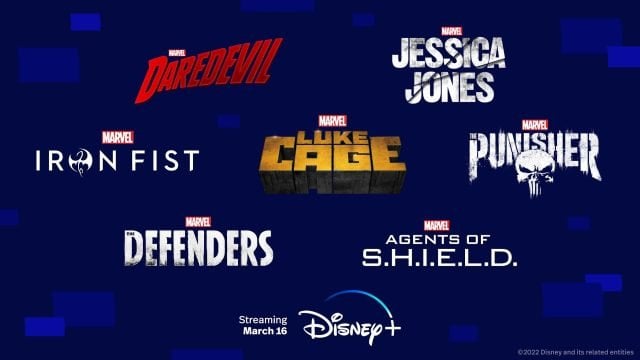 Some classic Marvel properties, including Daredevil, Iron Fist, and Marvel’s Agents of Shield, have found a new home on Disney+. This follows on from their removal on other platforms (including Netflix) earlier this year.

“Disney+ has served as the home for some of the most beloved brands in the industry, and the addition of these live-action shows brings more from the Marvel brand together, all in one place,” said Michael Paull, President of Disney Streaming.

If you’re based in the UK, US Canada, Ireland, Australia, or New Zealand, you can watch Daredevil, Jessica Jones, Luke Cage, Iron Fist, The Defenders, and The Punisher from March 16. Subscribers based in the United States will also gain access to Marvel’s Agents of Shield from the same date.

Disney is also updating its parental controls from March 16, 2022 to take account of the new releases.

You can watch these classic Marvel series on Disney+ in certain regions from March 16, 2022. 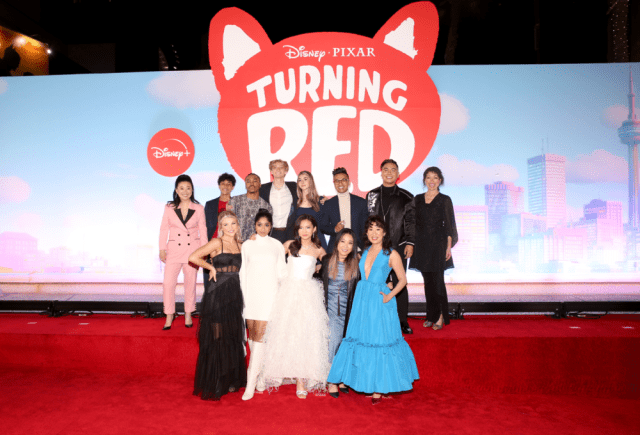 Following on from a star-studded world premiere at Hollywood’s El Capitan Theatre on March 1, Disney and Pixar are gearing up for a worldwide release of Pixar’s 25th feature release—and it’s a big one.

Turning Red is the animated story of a 13-year-old Chinese-Canadian student called Mei Lee (voiced by Rosalie Chiang). Teenage anxieties and an overly-protective mother (voiced by Sandra Oh) are one thing, but if that wasn’t enough, Mai Lee turns into a giant red panda whenever she’s too excited.

If you missed the theatrical release of the new West Side Story, you’re in luck.

Directed by the critically acclaimed director Stephen Spielberg, West Side Story tells the classic tale of fierce rivalries and young love in 1957 New York City. West Side Story has been nominated for 7 Academy Awards and 11 Critics’ Choice Awards.

Disney+ subscribers can now watch West Side Story on Disney+ in the US and most international markets, with a further release in Japan on March 30 2022.

Marvel, Star Wars, and more—all available to watch at the home of Disney content. If you’re not already a subscriber, jump on board and subscribe to Disney+ today.

Want to watch your favorite Disney movies and TV shows on the go? Why not download your Disney Plus videos for offline viewing and take them with you. You can also create different user profiles on Disney+ to keep your family’s viewing habits (and history) separate.

How to Find Your Windows 11 Product Key

If you need to transfer your Windows 11 product key or just need it to do a clean install of the OS,...

Backing up your data to the cloud via an automated service is critical. Backblaze is the solution I use and recommend. Here's...

How to Clear Google Chrome Cache, Cookies, and Browsing History

Chrome does an excellent job of storing your browsing history, cache, and cookies to optimize your browser performance online. Hers's how to...

In-Store Price Matching: How to Get Online Prices while Shopping in the Store

Buying in-store doesn't mean you have to pay higher prices. Thanks to price-matching guarantees, you can get online discounts while shopping in...

If you've been enjoying Disney Plus and want to share it with others, here's how to buy a Disney+ Gift subscription for...